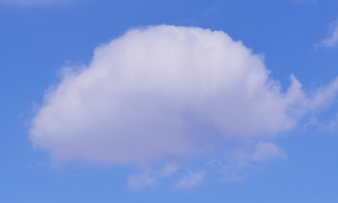 Microsoft and BCG released an analysis on the future of IoT recently called “The Art of the Possible with IoT“. It’s a great read for anybody who is trying to get caught up quickly on the Internet of Things (IoT), what enterprises are using it for today, and where it is going in the near future. The whitepaper was created after 50 subject matter experts (SMEs) and 150 IoT executives were interviewed. The study includes data on companies that attempted an IoT initiative, successful or otherwise.

What is the biggest takeaway from the paper? For me, it’s what enterprises today are using IoT for. As a mobile device management (MDM) SME, there isn’t much difference between IoT and MDM. Both technologies can manage devices through commands sent from a centralized administrative center. Both technologies secure devices through standard payloads, certificates, and configurations. Both technologies can leverage cloud services for a non-on-premise infrastructure. From my perspective, the only major difference between IoT and MDM is that IoT is less control heavy, and thus less complex and labor intensive to manage. To further clarify: MDM technology is good for fully securing and managing an entire mobile device such as an iPhone or Android phone. IoT on the other hand is good for securing and managing simple “things” with a wifi chip. This is why many companies tend to use IoT for managing sensors. IoT seems to be great for managing and collecting data from thermometers, cameras, seismometers, etc.

BCG and Microsoft seem to have the same sort of understanding in the paper, but emphasize that the concept is still innovative and groundbreaking:

More importantly, companies are beginning to drop the notion that IoT is simply a technology project to be deployed, realizing instead that connecting to the real world via sensors can create a rich source of contextual and actionable data in their business settings

In other words, “Don’t just throw out those smart sensors into the field. Realize the true value of the data you are collecting.” The paper goes on to describe how enterprises are using IoT, which matches my understanding of a focus on sensors: video surveillance by Genetic, Coca Cola soda fountains, smart mirrors, smart trashcans, etc. The true value of IoT, in general, is the capture and aggregation of real-time data. We live in a world where anything can be made “smart.” Put a wifi chip in a lightbulb, refrigerator, anything, and it can report data about its surroundings. Companies can use that data to derive value. The paper describes six sources of value. In short: data is helpful, and IoT can help you get more of it:

One of the best part of the paper was the detailing of the difficulties of implementation. I’m sure that there was some incentive on BCG’s end to describe these (so that future clients would be more inclined to hire BCG), but I can 100% attest to the full truth of these difficulties. A lot of these difficulties are true for any digital transformation project:

I will add one more difficulty to the implementation of IoT, but it is a little bit technical. You can’t just put a chip onto an item and then collect that data. That chip has to be compatible with software that can collect the data and then transmit it somewhere. On top of that, the software has to be coded in a way that is compatible with cloud services. For example, in order to leverage IoT technologies on the Microsoft Azure platform, you have to be able to connect compatible devices to what is called the Microsoft IoT Hub. These are decisions that have to be made way in advance, with agreements and contracts between trustworthy vendors and partners. There is a fair bit of technology and coding expertise that is required in order to get an IoT platform up and running. The paper does reference that “talent” is needed, but didn’t specify on a technical level.

Overall it was a great paper and I was able to confirm my understanding of IoT, and also get a view of what the current industry is doing with the technology. I’m glad that my past experience is relevant in many ways, and am excited for what the future holds.