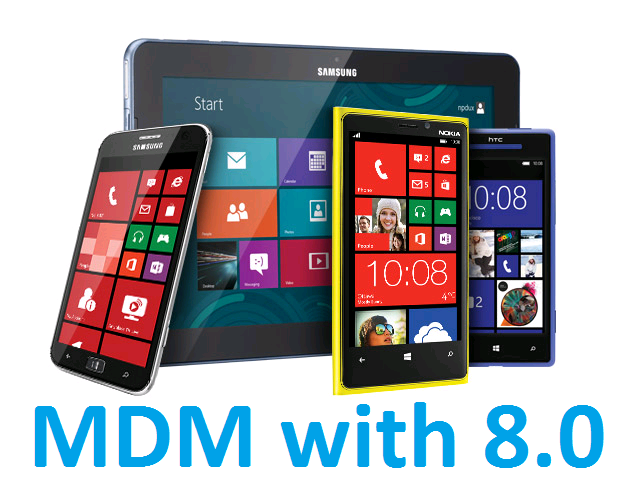 Hello excited MDM implementers! You may be wanting to implement BYOD at your company, and want to accommodate Windows Phone 8.0 devices. Well, just remember that Windows Phone devices have been around for a while now, and unfortunately each iteration released has different capabilities!

As you can see, Windows Phone 8.0 is extremely limited compared to its updated versions. You can enroll Windows 8.0 devices into certain MDM systems, like SAP Afaria, but if you try to send any commands then you will get an error. For Afaria, for example, you will get the following error (SAP KB 2153959):

ONS5001: WNS for client ‘<GUID>’ is currently not supported.

If you can’t even send commands to a device, is it really being managed? Airwatch does make a Windows Phone 8 MDM agent available, but the main thing it really does is scan the device to make sure that it is compliant. If you want to implement BYOD at your company, the best thing I can advise you to do is to restrict users to Windows 8.1 Phones and up.